Dellercheckout part of fascinating hunters’ chase if Haydock goes ahead

A fascinating clash is set to take place in Haydock’s Unibet Walrus Hunters’ Chase (5.00) tomorrow – if the meeting is given the green light at an 8am inspection.

Just four horses have been declared for the £15,000 race, but they include The Dellercheckout, who is unbeaten in three races this season, Wishing And Hoping, who is two from two, and highly-rated Alcala, who looked set to win at Ludlow last month until crumpling at the second-last fence when in front. The fourth runner, Asangy, looks up against it, but he won a Leicester hunters' chase last season and was subsequently second at Stratford.

More recently Asangy fell at Ludlow in the race which confirmed The Dellercheckout was a horse to be taken seriously in hunters' chases this season. A former stablemate of Alcala's at Paul Nicholls' Somerset yard, The Dellercheckout was sent to Goffs UK's Spring Sale in May last year where he was bought by Shropshire trainer Caroline Robinson for £21,000.

Ridden by Robinson's daughter, Immy, the seven-year-old won open races at Barbury Racecourse and Sheriff Hutton (pictured above) before his Ludlow victory.

Caroline Robinson says of tomorrow's race: "We put him in, but were not certain to run. Immy was watching the declarations, and when there were only three other runners we decided to declare.

"He's taken his races really well, but I am mindful that it is only ten days since his Ludlow run and if the ground was really holding I might take him out. I've spoken to Kirkland Tellwright [Haydock clerk of the course] and he believes that with all the rain that's forecast it will be sloppy ground." 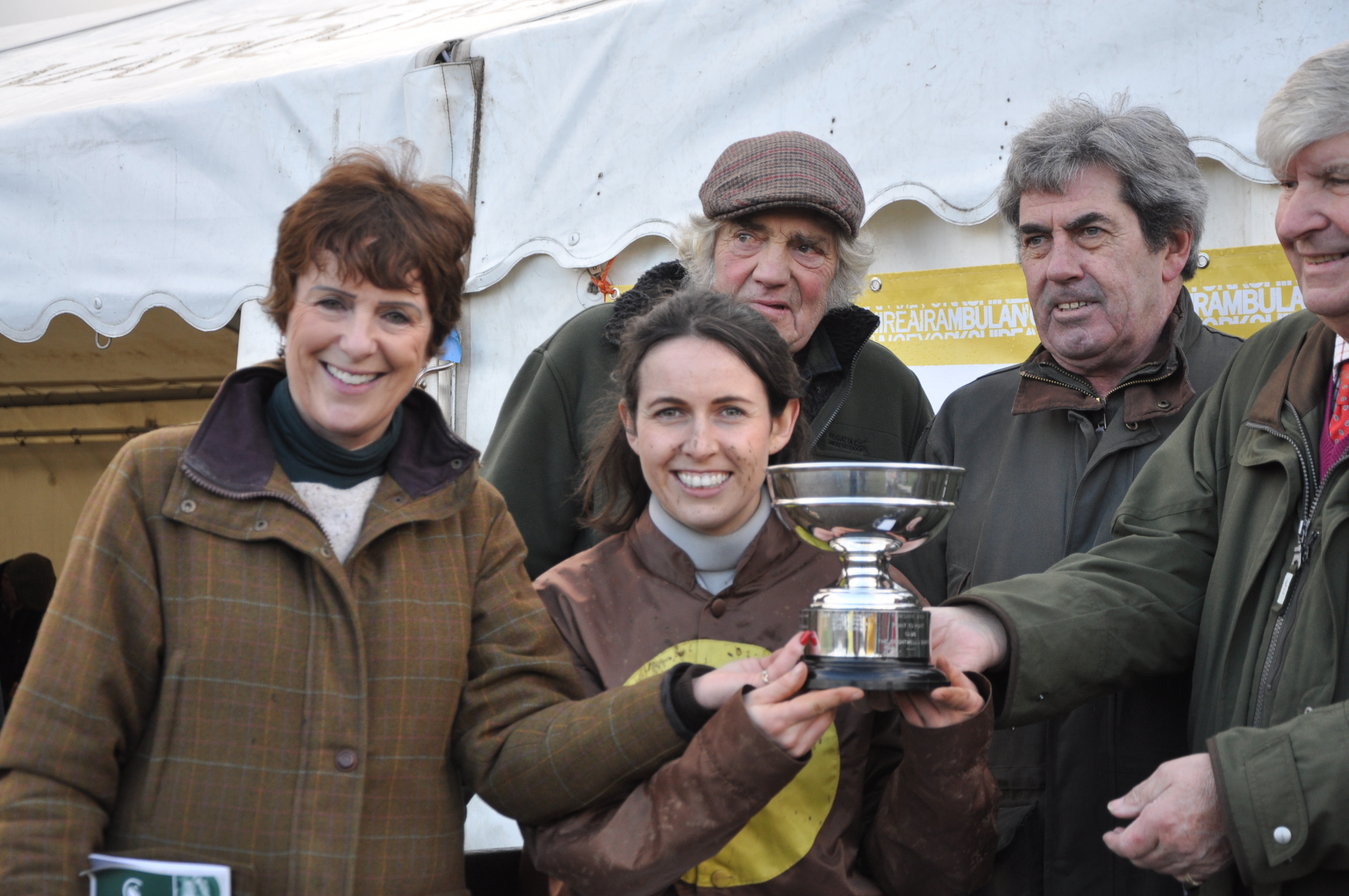 The Dellercheckout has to concede weight to his rivals, but his rider's 5lb claim means her mount will receive 2lb from the Alex Edwards-ridden Wishing And Hoping. Trained by Phil Rowley, Wishing And Hoping pulverised his open-race rivals at Ffos Las in December – nothing else could finish the course – and he then won at Taunton, albeit when jumping markedly left at many fences.

Alcala, who has won six chases and is top-rated for tomorrow's test, receives 10lb from Wishing And Hoping thanks to Angus Cheleda's 7lb claim.

Caroline Robinson says: "It's not a race with large numbers, but it does have quality. As the trainer of one of the runners I had to ask myself has Alcala run to his rating lately, and while Phil has done a great job with Wishing And Hoping the horse did go seriously left-handed at Taunton.

"I'm always trying to justify whether I'm right taking on such good horses, but I was thrilled with the way my lad travelled at Ludlow and he got into a lovely rhythm. Immy came in and said he was a joy to ride and it was his best run for us.

"If the ground is heavy, but not holding, that should be fine, because he won on heavy as a four-year-old and it was pretty testing at Sheriff Hutton. Given how wet we are at home he is quite used to mud."

While Rowley has said the St James's Place Foxhunter Chase at Cheltenham is doubtful for Wishing And Hoping this season, and Alcala is not qualified at present, The Dellercheckout could run in that race. Robinson says: "If he was a seven-year-old we had bred or introduced to racing we wouldn't be thinking of Cheltenham, but he has been professionally trained, he has run over hurdles and won over fences. He's more hardened to the professional scene, and as Immy says, 'Things can go wrong' [if waiting for another year]."