Jack and Gina Andrews, Paige Topley, Jack Teal and the John Heard-trained Navanman and Cottage Rose are among Tattersalls’ national champion award winners from the 2019/20 season which ended prematurely earlier this month. 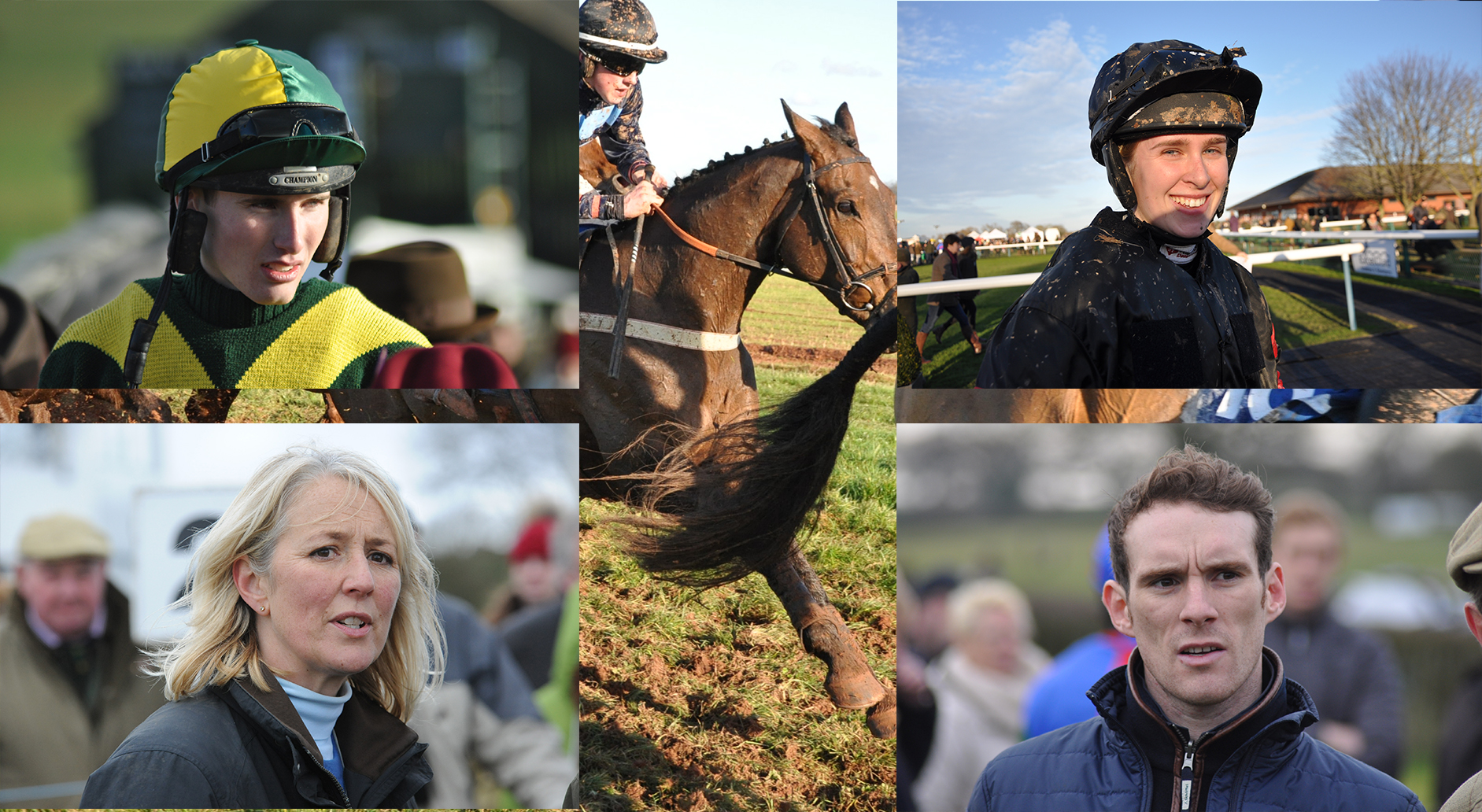 The Point-to-Point Authority (PPA) has decided to use the standings on March 16 – the day after the final fixtures took place – to make the awards at the national dinner, which is due to be held at Cheltenham racecourse later this year.

Adam Hurley, PR & communications executive of the PPA, said: "The winners are all deserving of their awards, they come from a good geographical spread and we wanted to honour them and recognise the support of Tattersalls, the headline sponsor of the national dinner. If current restrictions relating to the Coronavirus shutdown have been lifted the awards dinner will be an opportunity to come together and show that the sport can bounce back."

Jack Andrews (above, top left) follows his sisters Gina and Bridget in taking a senior national title, landing the men's championship for the first time, his 21 winners placing him five ahead of former champion Alex Edwards and eight ahead of reigning title-holder Will Biddick. The early closure of the season spoilt a terrific contest between the trio, and the statistics suggest it would have been tight to the line. Andrews' total was gained from 56 rides, Edwards' 16 winners came from 49 rides while Biddick rode 13 winners from 55 rides.

Reflecting on his triumph, Andrews said: "No one wanted the season to end like it did, and it feels a little hollow to win it in this way, but as people have said to me it will be there in black and white in years to come, and I've got to look at it in that light. I was lucky to get on a good run with a treble at Charing, two at Horseheath and four at Ampton, at which point I thought about really going for the title.

"There were no titles awarded in the year of Foot and Mouth, but this is different – we've been racing for five months. I've ridden for some great people on some lovely horses. I set myself a goal of 20 winners at the start of the season, and it feels good to have passed that total."

Andrews' sister Gina rode 22 winners – 18 more than her nearest rival – and deservedly takes the Skinner's title for leading woman rider, her seventh success in that championship, while her husband, Tom Ellis, takes the Foran Equine Trainers' Championship for yards with eight or more horses. Ellis trained 27 winners and was 12 ahead of nearest pursuer Phil Rowley with Rose Loxton in third.

Jack Andrews rode his 100th point-to-point winner during the season when scoring at Horseheath on the Ellis-trained Fumet D'Oudairies, who along with Navanman and the James Owen-trained Just Cause were each on four wins in the Connolly's RED MILLS' champion horse category. However, Navanman (main photo above) takes the title to Devon having also finished third on one occasion.

His trainer, John Heard, said: "It's great to think he's been recognised, although we were gutted when the season ended because he was in the form of his life. Looking back I'm pleased we got five runs into him.

"The day he was beaten he was very lethargic in the paddock, and Darren Andrews, who rode him, said he could have pulled him up after the first fence. His class got him to the finish, and a couple of days later his hind leg blew up and we found some muck in an old speedy cut.

"He only missed a day of work and came back in great to win at Buckfastleigh." Heard, his wife Sandra and son Michael are part of an eight-strong syndicate that owns Navanman, while Heard and David Willis share ownership of Cottage Rose, who takes the Jockey Club Maiden Mares' title. A six-year-old daughter of Arvico and bred by the Heards, she won an 11-runner maiden race at Wadebridge and was placed in three of her other four starts. 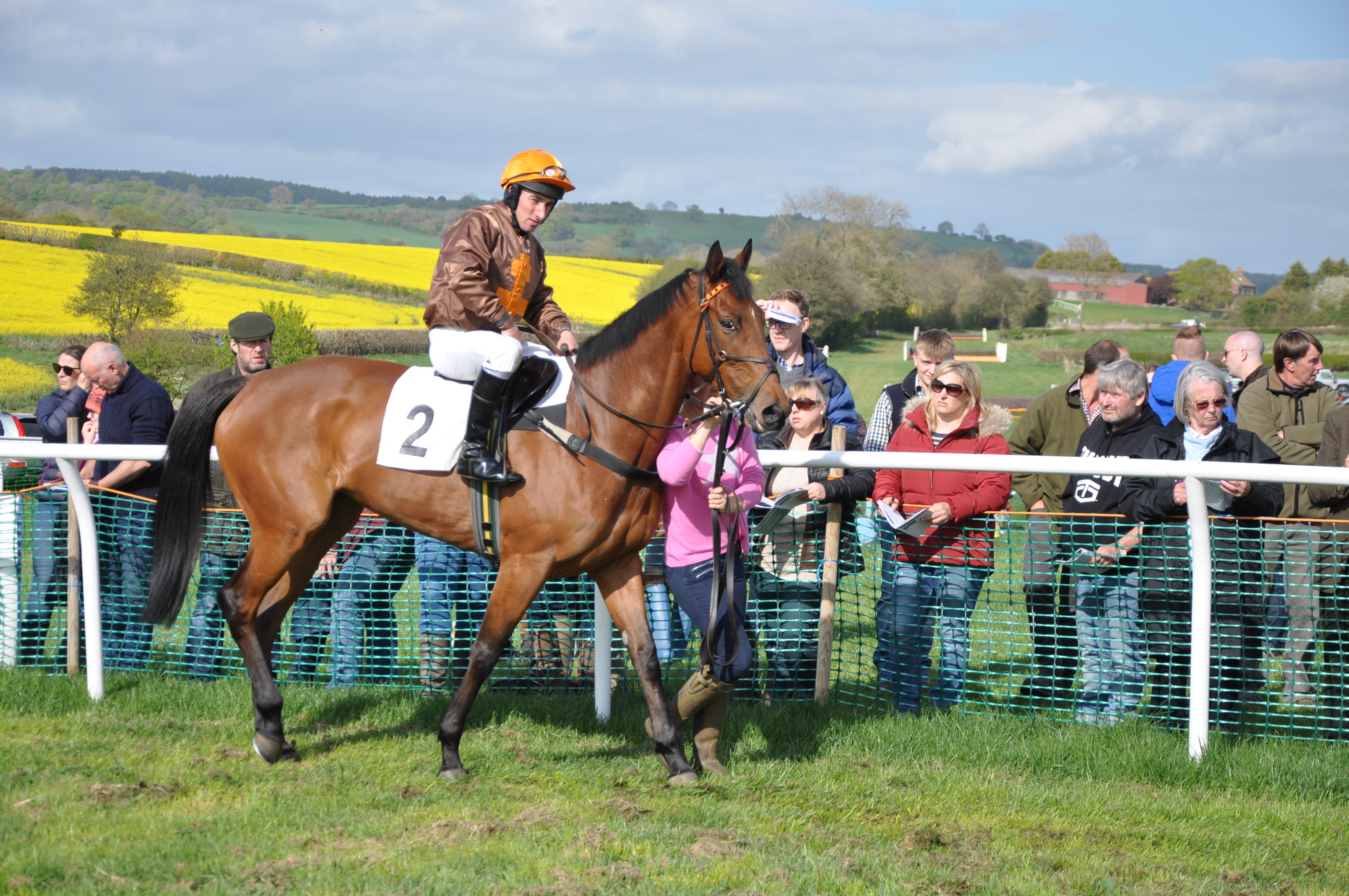 Rider and trainer Jack Teal, who has won the Foran Equine trainers' title for yards with fewer than eight horses

Yorkshire-based Jack Teal trained and rode seven winners from 12 runners to land the Foran Equine title for yards with seven or fewer horses. He also rode two further outside winners.

Teal said: "Without being too arrogant I would like to think I had a great chance of the title if the season had gone on until mid-June. The horses are absolutely bouncing, and are in better form now than two weeks ago – they're bucking and squealing.

"I prefer riding, but I get a crack out of training. A horse like [Charm Park winner] Burrenbridge Hotel is some buzz, because he's not straightforward – he could stand and plant one moment, then bolt with you the next, and then you could put your granny on him."

Teal was lying second to Will Easterby in the Yorkshire title, but said: "This time last year I had ridden one winner, in part due to injury, but then had nine after Easter. If I could have done something similar I would have been on Will's heels at the end." Sarah Easterby (above, bottom left), Will's mother, takes the Tattersalls' Leading Owner Award with six winners.

Topley (above, top right) said: "That's brilliant news, and the best thing is I'm still a novice for next season. I'm looking forward to it already and I've got some good horses to ride. I've learned a lot this season – confidence plays a big part, and timing, and I've learned to sit back at a fence and not try to showjump them."

Topley, who lives near Evesham in Worcestershire, works mornings for trainer Ben Pauling and then travels home to handle a yard which now has four pointers. She has just been sent classy Bishops Road, who pulled up in the recent St James's Place Foxhunter Chase, but was a winner at Cheltenham's evening meeting last year for Tom David.

Bookmaker Mark Hill, who offered betting on the men's and women's championships, has decided to void his book and refund bets struck.

Click the logo below to see all of the final leaderboards for the 2019/20 Tattersalls National Point-to-Point Championships. 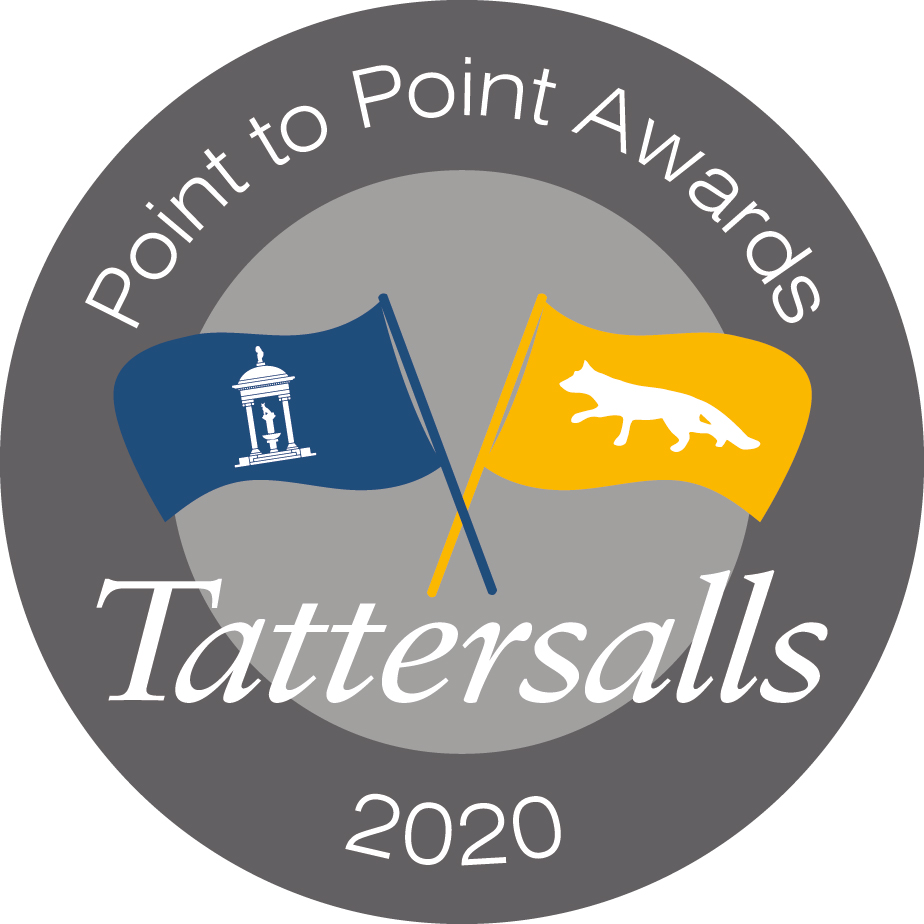